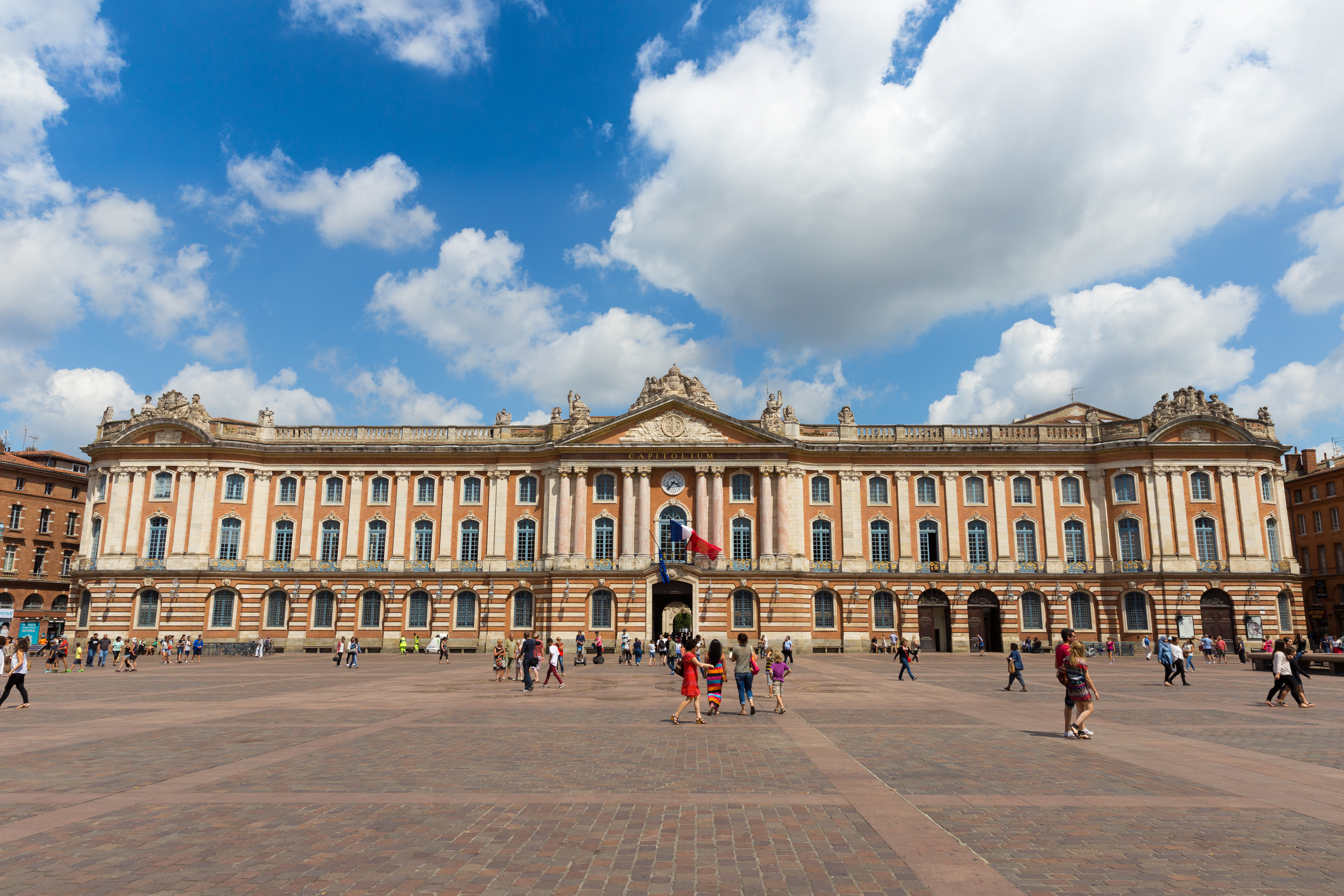 At the heart of the South West of France, in the Midi-Pyrénées region, lies Toulouse.  Currently France’s fourth most populous city, it is expected for Toulouse to pass into third place by 2020 thanks to an exponential demographic influx over the past 10 years.  Of these 1.2m inhabitants, there is an estimated foreign population of 15,000 foreigners, and as such Toulouse is home to a growing number of British companies and expatriates.

So why does this part of France hold such a pull?

Ideally located, one and a half hours from the Pyrenees Mountains, two hours from Bordeaux and Montpellier and three hours from Barcelona, Toulouse is at the crossroads of Southern Europe’s road links.  The city is also truly open to the world thanks to its international airport, and as of 2024, the future high-speed rail line will place Toulouse just three hours from Paris, despite the 700km that separate the two cities.

In economic terms, Toulouse is probably best known as the global HQ of the Airbus group (which produces 600 aircraft per year and employs over 62,000 people worldwide).  An internationally recognised aerospace hub, Toulouse’s aeronautical sector groups together 800 companies and over 60,000 employees. ATR, a leader in turboprop aircraft, also has 1,100 employees and produces 80 aircraft a year from its Toulouse site.  And let us not forget the space sector, which accounts for 12,000 jobs in Toulouse – a massive 25% of all European jobs in this niche industry.

Alongside this international aerospace prowess, Toulouse also continues to constantly innovate and accelerate in areas such as digital technology, agrifood and healthcare, to name just as few.

Recently awarded the selective “French Tech” label by the French government, the Toulouse region has a highly dynamic and innovative IT and digital sector with applications in areas such as aerospace, automotive, agriculture, healthcare, robotics, and energy. Building on this, the City of Toulouse has the ambition to become a city of experimentation and a European leader in the internet of things, cloud computing, big data and embedded systems.

Toulouse is at the heart of the Midi-Pyrenees, which has a rich gourmet tradition based on internationally-renowned, high quality products such as foie gras, Quercy black truffles, Roquefort cheese, saffron, Porc Noir de Bigorre and Armagnac, as well as a strong commitment to producing some exceptional wines, such as Côtes de Gascogne, Cahors, Gaillac, Comté Tolosan, Saint-Mont, Madiran and Fronton.

Upon this tradition is built a rich patchwork of agrifood activity, employing an estimated 80,000 people and making Midi-Pyrénées the leading French region for organic agriculture (in number of farms and cultivated hectares), the production of soybean, sorghum, durum wheat, garlic seeds, jam production and the manufacture of salt-cured meat products.

And let’s not forget Toulouse’s reputation as a centre of excellence in medical research. One of the most important recent development projects in Toulouse is the Oncopole. Covering an area of 220 hectares, and for the first time in Europe, the Oncopole brings together an unprecedented pool of players in the fight against cancer.

But it is not all work and no play in Toulouse and its region. Also known as the “ville rose” or the “pink city” because of its unique terracotta brick architecture, Toulouse is an increasingly popular tourist destination. Two UNESCO World Heritage sites are to be found here – the famous Canal du Midi running through the city, and, the Basilica of St Sernin, because of its link to the Santiago de Compostela pilgrimage route.  Its array of local produce and wine also make it an epicurean delight, and its passion and drive for rugby allow for many convivial moments.  And if that weren't enough, more than 200 days of sunshine per year continue to attract Britons and other nationalities alike to this welcoming city!

The Franco-British Chamber of Commerce is managed by Location Marketing in Toulouse.  Location Marketing is a territorial marketing consultancy that works with government and economic development structures across the world to develop marketing strategies to attract foreign direct investment or develop trading links.

So how did I end up here?

The decision to move to France was a purely personal one and was one I took some 10 years ago.  In all honesty, it became quickly apparent that a move to the south of France at the tender age of 29 was not a great career move.  It is fair to say that at that time (and this is still the case) there are more career ladder opportunities in Paris and that competition for what jobs existed was strong, particularly as French employers seemed to (and I believe this is still the case too) prefer a classic French “parcours” and preferably one that has passed by one of France’s elite “grandes écoles”.

This being said, out of adversity one can often find great strength.  And so, in a crazy moment, just weeks before I discovered I was pregnant with my daughter, I decided I was going to set up my own business.

Out of disillusion and craziness, I actually believe I found my true calling and have now been successfully managing a consultancy business working with clients across the world for the past 7 years.  I also discovered some of the real merits of the South of France in terms of the local support I received for setting up my business and the network of business intermediaries that I have been able to cultivate here, some of whom have also become good friends.  Last, but not least, it has to be said that France offers unparalleled (and affordable) possibilities in terms of childcare for working mums.

Another thing that has become quickly apparent to me over the years is that as we push towards a more and more virtual workplace (in terms of the service industry I work within) and inexpensive (or free) communication technologies, it often matters less and less where we live. We are not hindered in delivering a high quality job.  In fact, maybe we deliver a better one as we have a better work-life balance, having eradicated a 2 hour commute from our day.

I work out of both a shared office space in Toulouse and a home-based office and I work with a network of partners who do the same across Europe.  No client has ever considered this a problem and I am 20 minutes from an international airport and so able to get anywhere I want to, whenever I want to.  I probably don’t need to mention the additional time I get to spend with my daughter and the financial overheads I have saved.

I may have had a call the other day from a Paris-based marketing agency which included the (desperately-needs-to-be-revised) question “Oh my God. How on earth do you work with international governments when you’re based in Toulouse?” but thankfully these are few and far between.  I didn’t really reply, apart from vaguely mentioning that large parts of France outside of Paris now have electricity and running water, as maybe some secrets are best kept that way.

Having said that, maybe I am not that good at keeping secrets and Toulouse is for me definitely one of France’s best kept ones.  I have the pleasure of working every day with companies in the region who are reaching towards the UK and beyond, and with British people who have developed their activity here. There is a great energy to this city and its region and it is a true melting pot at times of Franco-British culture, thanks to the great interaction between the communities.