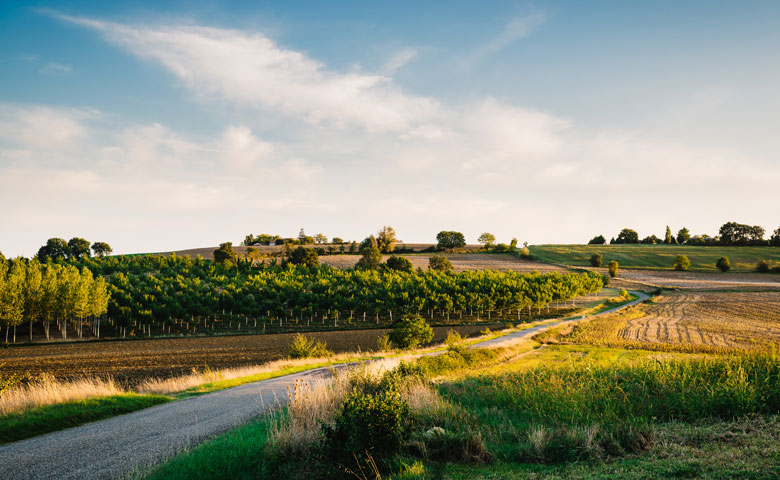 For those of you who don’t know, the Gers is an administrative département situated in the south west of France and to the west of Toulouse.

It is also where I have lived for the past 9 years.

The Gers is not new in terms of a holiday destination. It’s just not always referred to by its administrative name, as the Gers is in fact part of the area known as Gascony or La Gascogne in French.

Historically this is the land of d’Artagnan and the inspiration for Dumas’ character in the Three Musketeers. Its success as a tourist destination is thanks to many things - its douceur de vie, its rolling hills (which have always reminded me of Wales), its views of the Pyrenees mountain range, its scattered medieval towns and villages and its generally sunny climate.

But the Gers doesn’t stop there. It has also been able to build upon its natural assets in quite a spectacular way by coupling them with a cultural offering which is second to none for a department of its size.

Let’s take the Jazz in Marciac festival as an example. Already on its 39th edition, this internationally-renowned festival welcomes a staggering 200,000 jazz fans every summer to the Gers village of Marciac, which is home to a mere 1200 habitant outside of festival time.

Add to this the Mirande Country Music Festival, which is billed as the biggest country music festival in Europe and attracts over 165,000 people and the Tempo Latino festival in Vic Fezensac and you start to understand why this small department of 185,000 inhabitants has earnt the reputation of the “land of festivals”.

Working in economic development, what also interests me is the economic make-up of the Gers, outside of this tourist industry.

As a marketing firm, we were lucky to work with the Chamber of Commerce in Auch, back in 2010 to develop a territorial marketing brand for the department.  And so Gascogne Vallée was born with the strapline le business est dans le pré, which literally translates as “business is in the meadow” but above all makes reference to the film starring Eric Catona called le bonheur est dans le pré which had used the Gers as its glorious backdrop.

Thanks to this project, I got to know this little corner of France in much greater detail.

It is in fact one of the most rural departments in France, with a density of a mere 30 inhabitants per km² and 12.3% of its active population living off the land.  The economy of the Gers is therefore largely driven by tourism, coupled with agriculture and the transformation of produce.

Corn growing dominates the Gers, as does poultry production.  In fact, with more than 4.5 million ducks and 120,000 geese, the Gers is one of the main producers of French delicacy “foie gras”.

The foie gras sector has had its difficulties recently, with what is now estimated at a 20% increase in prices this Christmas due the 16 weeks of quarantine imposed on production in the spring of this year after an outbreak of “bird flu” in the south west of France, but remains an important and lucrative aspect of the agrifood industry here.

Over and above this emblematic activity, the Chamber of Commerce states that the agrifood sector provides in total 3000 jobs in the Gers.  Some would say that we all need to eat, and that agrifood activity is therefore sustainable. However as with all economic activity, companies need to know how to adapt and sometimes reinvent their products, their production and their internal organisation in order to respond to economic and social change.

This is where the Gers has been clever in my view and has really learnt to play to its strengths.

Let’s take its wine production. When we think France and wine, we tend to immediately think Bordeaux and Burgundy, the two regions that dominate internationally in terms of brand image.  Wine production in the Gers does however generate over 100m euros annually and the Gers has restructured to offer quality wines “de terroir” appealing to a wide public.

The Cotes de Gascogne wines have seen a vast development and increased export activity and the Gers is home to many other AOCs (Appellations d’Origine Controlée which roughly translates as "controlled designation of origin" and is the Frenchcertification granted to certain agricultural products and therefore seen as a stamp of authenticity and thus a gauge of quality) such as Saint Mont, Madiran and Pacherenc.

Not only has the Gers stepped up its game in this sense, but has also tried to anticipate consumer trends.  The Gers is resolutely organic. With 60,000 ha of organic farming land, the Gers is top of the leader board in France.

In 2014 there was an estimated 15% increase in the purchase of organic products in France and the Gers is feeding this trend (excuse the pun). Over a hundred food producers are making organic food in the Gers, including 4 national leaders in their respective fields – Ekibio group, BC Bio, Nataïs and Ethiquable.  And let’s not forget Ecocert, world leader in organic certification, which is headquartered in L’Isle Jourdain.

In terms of economic development, local institutions led by the Chamber of Commerce have been active in supporting and promoting the agrifood sector in order to sustain the existing activity and encourage more investment.  More than 4m euros have been invested in a series of Agroparcs – facilities equipped to the latest standards and designed to house agrifood companies.

The Concours national de la Création agroalimentaire bio is an annual competition (now in its fifth year) which was developed by the local Chamber of Commerce to support and invest in new organic food companies and product development and to also gain notoriety for the Gers in this niche area of development.

Evidently in summing up the main activities of tourism, agriculture and agrifood in the Gers, I have been far from exhaustive in terms of the range of economic activity undertaken here.  However, in just this short overview, I hope to demonstrate what I maybe like most about this place that has been my home for the past 9 years.  It’s the way the Gers manages to look to the future whilst retaining what it feels important from the past, be that the way it knows how to welcome its visitors or the way it grows its food.