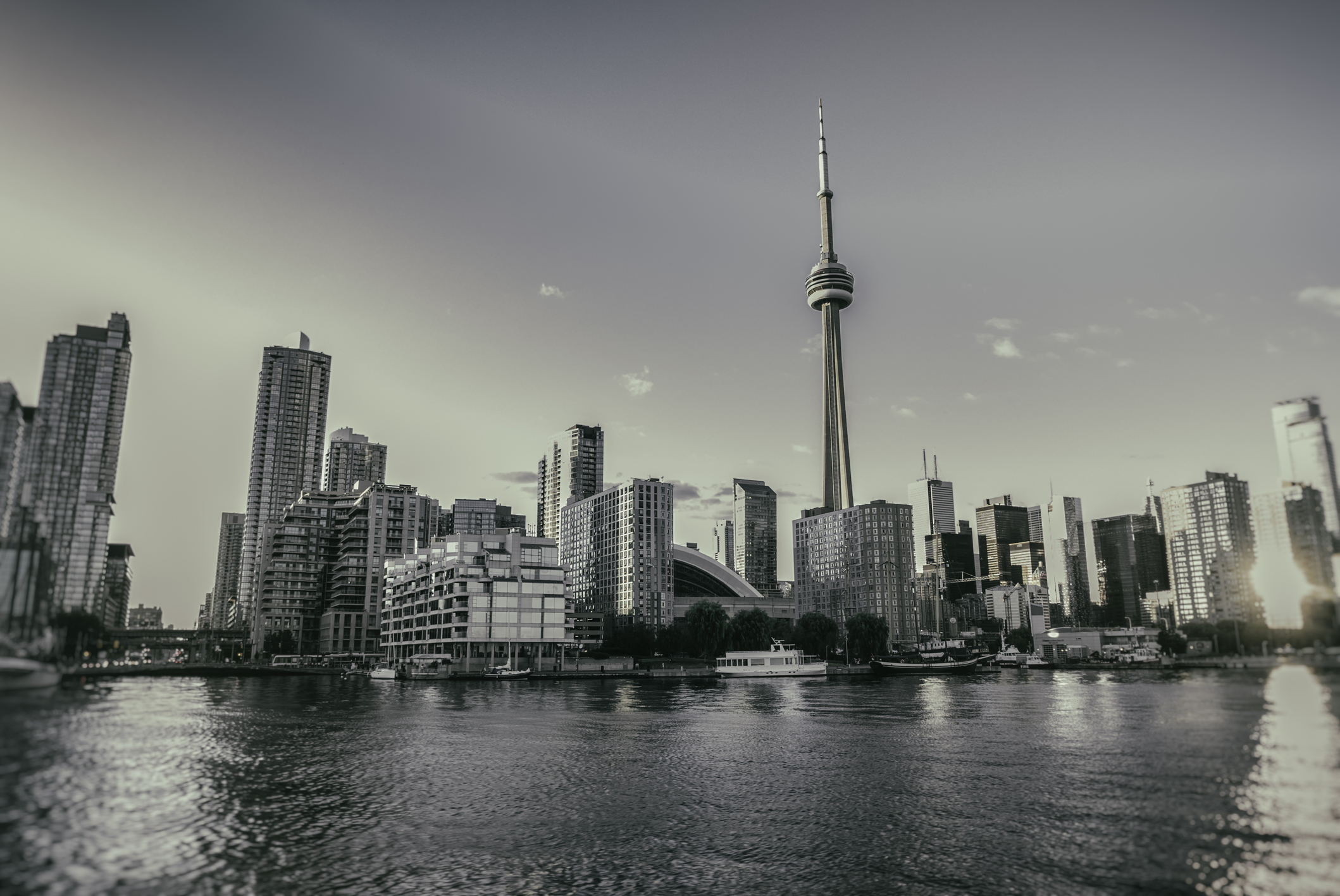 It's not all about Silicon Valley

Why Toronto is North America's fastest growing tech market and how Trump just gave it an extra nudge.

I moderated a great debate last week around tech investment in Toronto.

When one of the participants, an Indian immigrant to Canada who is now well placed at IBM Canada, was asked what he would do differently if he had his time again, he replied by saying, “I wouldn’t move here in December!”

Jokes aside, when the only downside you can find to a location is that it gets cold in winter, it is generally indicative of a good place to set up home and business.

Canada’s tech community got a nice pre-Canada day surprise recently when President Trump announced a freeze (no pun intended) on H1B visas until the end of 2020. These are the visas which essentially allow US companies to hire foreign talent.

This isn’t the first time that immigration policy has firmed up since Trump’s arrival in the White House.

And this isn’t the first time Canada, by way of its government, companies and entrepreneurs, has seized the opportunity to reach out to tech talent. Social media was buzzing.

Toronto is booming, but is its success as a tech location all to do with visas and an erratic neighbour to the south?

Partly, yes. But not entirely, no.

I can’t speak as an immigrant tech entrepreneur in Canada, but I can speak as someone who has regularly advised companies expanding internationally.

You want to set up or expand tech development activity in North America? Here’s what I can share with you …

Toronto is playing with the big boys

In 2019, Toronto shifted from fourth to third place in CBRE’s list of top tech talent locations in North America, a study that takes into account a combination of criteria.

This may not come as a surprise to some as Toronto is indeed a Canadian powerhouse and a very large city, and so by nature has a larger workforce.

Companies when looking to develop North America, however, aren’t necessarily bringing Canada into the mix. And yet, if we start to look on a pan-continental level, Toronto sits a stone’s throw from New York, Boston, Chicago, Detroit, and Montreal, and in the most densely populated and interconnected area of the continent.

Toronto is in fact the North America’s fourth largest city (after Mexico City, New York City and LA). Toronto Pearson airport is the second most important hub in terms of international connections.

And Toronto is playing an impressive game

I’d like to insert a Blue Jays or a Maple Leafs reference here, but my sports knowledge is weak to say the least, so I’ll come back to the CBRE report.

Where it gets even more interesting is that it also names Toronto as North America’s fastest growing tech market, demonstrating a massive 54% increase over the period 2013–2018.

And Toronto is not alone in demonstrating “brain grain” with cities like Vancouver, Montreal, Waterloo and Hamilton all demonstrating significant growth.

But if it has grown so much, that means it was lagging behind?

Actually, Toronto has always had the home-grown tech and talent.

Have you heard of the Toronto-Waterloo Corridor?

It is an area that links Toronto and the Waterloo Region.

Not to be confused with Waterloo in Belgium (which as an English person in France I don’t mention that often), Waterloo in Ontario was one of the 6 Canadian towns to make CBRE’s top 25 list of fastest growing tech markets in North America.

Impressive for a town of just over 100,000 people (the wider Waterloo region including Kitchener and Cambridge representing approx. 500,000 people). Let’s look closer …

Waterloo is notably home to the University of Waterloo, with the top computer science program and the second engineering program in Canada. It is also the university offering the world’s largest co-operative education (placement) program with more than 20,000 students graduating every year with two years of relevant industry experience.

It is a thriving start-up community with the second highest density of start-ups per capita in North America.

Combine Toronto and Waterloo via a 105km (65mile) stretch of motorway and you have the Toronto-Waterloo Corridor and 16 post-secondary institutions with over 423,000 students.

It is the Silicon Valley of the North.

So, what has changed then?

There was always tech investment in this area. Waterloo, for example, is the headquarters of Blackberry, a company now dominant in the safety-certified and secure software, development tools and middleware for autonomous and connected vehicles.

And Toronto, well Toronto is, after all, Canada’s economic capital.

What has changed is that, whereas previously tech companies from the US would come and recruit in the area and drain the talent away, there has been progressively more and more tech investment in this region by big technology giants and high-value tech newcomers.

These are just a few American examples, with many others from across the globe.

Couple this with the home-grown start-up ecosystem and the established tech investment that was already here, and the Toronto tech industry has soared.

Why all this tech investment in Canada?

And that is the real question.

Tech investment in the US tech hubs has definitely got more expensive. This applies to commercial real estate prices, but also to salary costs.

As tech hubs like Silicon Valley and New York have saturated with tech companies all going after the same profiles, salary figures have risen. Retention rates have lowered, and we all know that this hikes salary levels up even more.

Add to this one of the most interesting figures I read this week: 10,000 — that is the number people Google employed on H1B visas in the US last year — and we can only anticipate a further increase in tech salaries in the US, as the recruitment pool gets smaller.

The Canadian dollar has fared well against the US dollar in recent years, but where tech companies really see a significant impact on the balance sheet is thanks to Canada’s national R&D tax credit system in Canada (Scientific Research and Experimental Development Program or SR&ED) — it is one of the most interesting in the world.

Moreover, the Canadian government is behind innovation all the way.

As an example, in 2017 Canada was the first country to release a national AI strategy, backing it with $125M. Working in close collaboration with Canada’s three national AI Institutes in Alberta, Montreal and Toronto, it is preparing Canada for the industry needs of tomorrow.

Just as an FYI our Big Tech friend, Facebook, is supporting that too.

So, let’s talk about immigration now

Trump’s visa freeze is evidently going to help Canadian tech firms attract some talented individuals from the US, but it’s not opportunistic on the part of Canada. It is in line with a very consistent immigration policy in place in the country for several years.

Canada’s immigration levels represent at present 0.9 percent of its population, with just over 341,000 immigrants this year (compared to figures equivalent of 0.3 percent of the population in the US). 58% of these newcomers are in the economic class.

Canada may well be the OECD’s most highly educated workforce with nearly 58% of Canadians aged 25–64 having graduated from post-secondary institutions, but the Canadian government has done the math (as the North Americans say).

Whilst there are 2.8m STEM graduates in Canada, anyone who is closely following tech recruitment knows that China and India are the largest contributors to the STEM graduate pool worldwide.

Canada have made it easier for tech entrepreneurs. There are numerous ways to come into the country. The Global Talent Stream allows tech companies to bring in foreign talent. The Start-up Visa Program allows entrepreneurs to set up a business and apply for residency simultaneously. And you don’t have to wait for your application for permanent residence to be processed, if your business plan is approved, you can apply for a temporary work permit to get to Canada and start building your business.

So now you know why Toronto is booming.

South of the border, Trump has dropped the ball when it comes to foreign immigration. This will inevitably feed into a burgeoning tech industry north of the border, but Canada wasn’t waiting for this

Canada and Toronto have had their eye on the ball for a long time and have been playing a steady and strategic game.