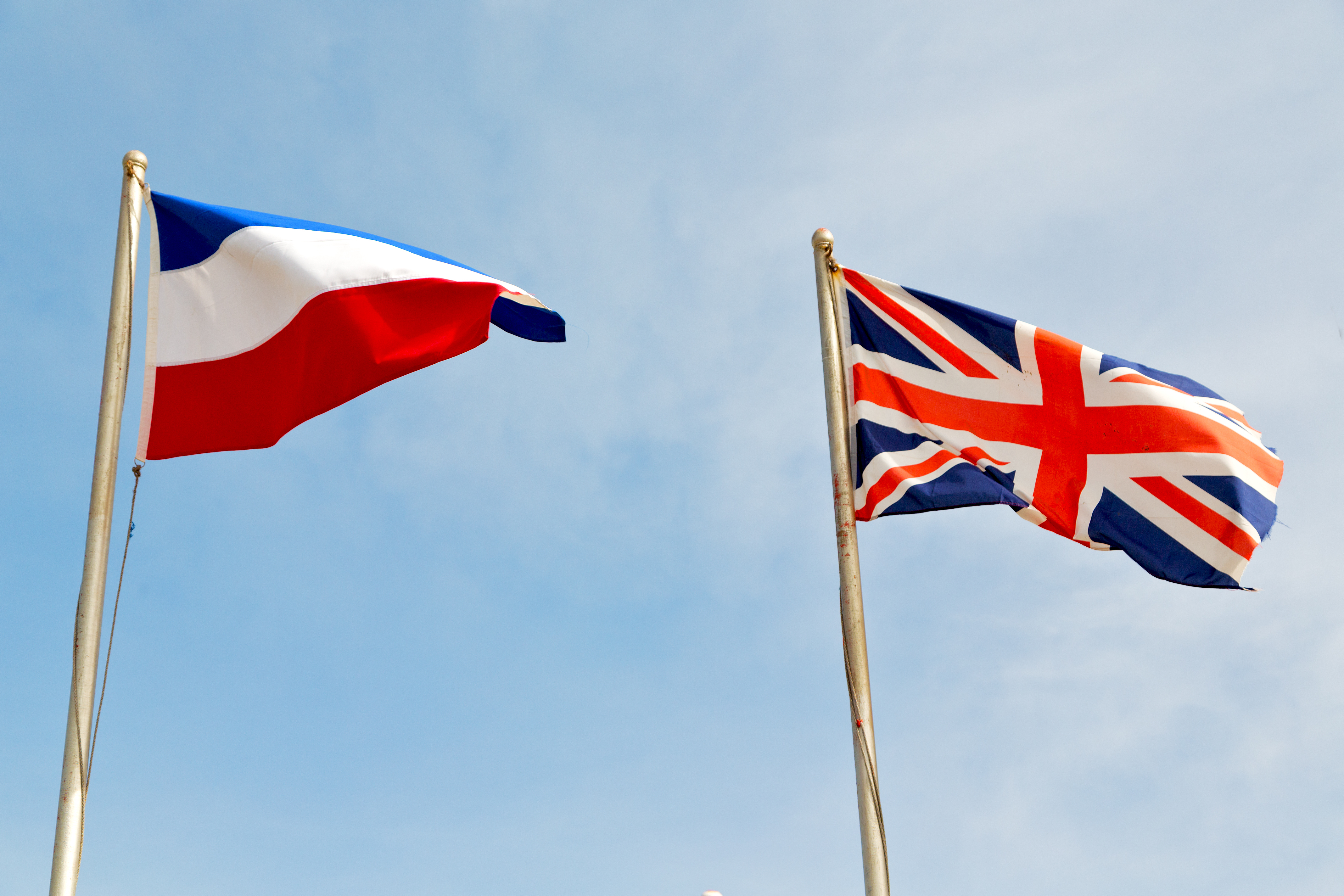 So is the party over?

This article represents my personal views on Brexit and is in no way representative of any clients represented by Location Marketing. It has taken me some time to be able to sit down and write this post. I think I am going through the 7 stages of grief, but jumped straight from shock and disbelief to anger, and then just stayed there.

And let me tell you, this isn’t about the defeat against Iceland in the Euro 2016 game.  A friend posted on Facebook just after the game to say that one of the UK football commentators rounded up at full-time by saying “I think what has happened here may overshadow everything else that is happening at home.”

Seriously? Losing the football is going to have as long a term impact on this country and its future generations as leaving the EU? I am just going to have to dig myself a hole and jump in it soon.

I am of course talking Brexit. But before we come back to my latent anger, I’d just like to talk about my shock and disbelief at the leave majority. And most of all about my sadness at this result.

I am a 70s baby. Born in Manchester, into a UK that, let’s be honest, wasn’t the economy that we have today by any stretch of the imagination.  In the 1980s I moved to Wales with my parents. A Wales that had seen its coal industry disappear, all but for one coal mine maintained as a cooperative, and a steel industry in decline. The beautiful Cardiff Bay as we know it now, was the old docks area of Cardiff and it was not a place you went at night alone.

On leaving university I then, if I am honest quite unintentionally, fell into economic development and inward investment via a temporary job, which allowed me to go on to develop a range of experience at the heart of the Welsh Development Agency.

Since that time I have been exposed on a daily basis to “what Europe has done for us”.  If we take the case of Wales, as this is the subject I am most close to, it has done a hell of a lot.  It has paid for essential infrastructure, it has subsidised social regeneration programmes, provided training programmes and given access to pan-European R&D support.  At that time, it also accorded Wales with what was termed Tier One status in Europe, meaning that companies investing here had access to the highest level of European grant aid.

If you want some figures on what Europe is still doing for Wales, here’s what the Welsh government website has to say: in addition to the £500m EU funds guaranteed annually for Wales, other EU funds totalling over £90bn are also available to Wales, including the EU’s research and innovation fund - Horizon 2020 and ERASMUS which supports work, education and training opportunities abroad.  Wales also benefits from the Welsh Government Rural Communities – Rural Development Programme 2014-2020, a £957m programme financed through the European Agricultural Fund for Rural Development by the EU and Welsh Government.

So when Wales vote to leave the EU, I find myself absolutely flabbergasted.

But also sad. How did we get here?

I suspect we got here - in fact I am becoming more and more convinced - by two things.

Firstly, I don’t believe the European project has ever really been sold to the UK population. I do not see today, and have not seen over the years, a concerted effort to bring the EU to the people, to explain to them insimple terms what Europe is trying to do for us and what an essentially long-term and ambitious project this is. The turnout at the last European elections was a European average of 42%, but is that not understandable? In the run-up to the last European elections, what information were we given about any of the candidates?

Equally so, the people are disenfranchised with Europe.  Europe is not answering our fundamental problems. But then let’s be honest, neither are our national governments.

My anger comes in when I see that a certain group of politicians have taken this lack of awareness and general fatigue on the part of a large proportion of the UK public and responded with lies and what I believe was accurately summed up as “propaganda” by an MEP in Brussels today.

Nigel Farage had the gall today to stand up and accuse Brussels of “stealth and deception” as he described the EU political project as “in denial” and encouraged them to take a “grown-up and sensible attitude” to the exit negotiations.

Should they maybe take his lead, like when he promised to redirect a fictitious and exaggerated European budget into ailing UK hospitals if the electorate voted leave on polling day, only to admit that wouldn’t be possible once the result was called?

One MEP eloquently replied that if Farage had an ounce of decency, he would apologise to the British people for the false promises, but Nigel feels safe in the fact that the “little people” have spoken. Yes, that is what he calls the British electorate.

I literally felt quite sick listening to him.

Living in France, I have also made a conscious effort to follow the French media coverage.  This is not reassuring.  The French political elite seem quite clear that Europe was a “French idea” and it’s now down to the French to restructure the EU project.  I’m pretty sure that would essentially make Europe “Greater France” rather than Europe, and if I wanted to be provocative (as I can sometimes be forced into by pure exasperation) I think France maybe has a few problems in its own backyard that it should take on before considering restructuring single-handedly an entire continent. Also, and call me pedantic, but I think it’s for all the member states to work this out together.

Ok, no-one said Europe wasn’t unwieldy and large now – we have to consolidate opinions and we haven’t always got it right, but Rome wasn’t built in a day and with a concerted effort, can’t we bring it all back closer to the people?

And it’s like at any party, whether good or bad, you don’t want to be out in the garden on your own when everyone else is chatting in the kitchen.  The UK has always had an influential role in Europe. To be honest, we have negotiated a lot of things our way over the years and we are, I believe, a moderating influence, which will be missed by other smaller member states.

So, now we have chosen to not be at the party at all, but let’s not kid ourselves, we will still be largely impacted by what happens on the European continent.  I think the phrase in English is exactly what Nigel Farage strangely accused the EU of today if they didn’t cave into all our negotiation requests – cutting off one’s nose to spite one’s face.

It has all become so insular. Everyone is moving that way. The career politicians and the "little people". And this is not just a British it’s-because-we-live-on-an-island-phenomenon.

One of the first reactions actually on the French side was to also suggest that a Brexit could allow for the tearing up of the Touquet treaty, which effectively places the UK border at Calais and thus currently the refugee camps that house many migrants trying to come into the UK.  Apparently now these camps can come to Dover.

I am not sure that technically that solves the plight of these poor people? I would suggest it’s simply pushing them into another camp in another country - and a country whose Brexit manifesto seems to suggest they wouldn’t be welcome (we all remember the poster, right?), but it doesn’t seem to matter because it’s not a French – or EU – problem anymore.

Actually it is everyone’s problem.

I think the EU gives us a chance to see a broader picture, even if the picture isn’t always fun.  In fact wasn’t that why Europe was created (and to be fair it was a good idea by the French).  It was about peace and tolerance.

There seems to have been a lot of criticism of the Remain camp coming out as sore losers after the Brexit vote went against them. I think that is unfair. This isn’t about winning or losing. It’s about the kind of society we want to live in and the integrity of the people who represent us. I am personally heartened to see swathes of the British population for once not “staying calm” and calling the political elite accountable for what has been a shambles of a referendum based largely on misinformation, lies and intolerance.  It doesn’t mean we are sore losers, it means we care about the future of our country.

Oh, and guess what? I am technically not a sore loser anyway, as I was deemed not eligible for a vote having been out of the UK for over 15 years.

In that time, I have lived in the Netherlands and France and been in teams working on generating inward investment into Wales from Europe, delivering an EU-funded co-operation project for skills transfer and training in inward investment with the southern Mediterranean and more recently representing the Franco-British Chamber of Commerce in Toulouse.

It’s a funny old world isn’t it? I feel like I have been at this party for a while now, but no-one asked me what I’d like to drink.